We congratulate the winner Martin Weikum and Runner Up Til Schöninger

At the weekend of September 7th / 8th, two races were simultaneously held for the ProET Challenge. On the one hand the Main Event in Santa Pod where our English racer were at the start and on the other hand the first DMSB race took place this weekend in Zerbst in the context of the Race Masters Anhalt. As obstetricians of the first DMSB event, the participants of the ProET Challenge Janine Hagen, Til Schöninger, Stefan Albert and Martin Weikum traveled to the Wild East on Friday. Uwe Kindich had borrowed his car to Kevin Fassbinder, because Uwe has taken care of his daughter Magdalena, who is new to the Junior Drag Bikes. Also on the weekend we had a kind of lateral entrant, Oliver Petzold, who tried this weekend with his Corvette in ProET. 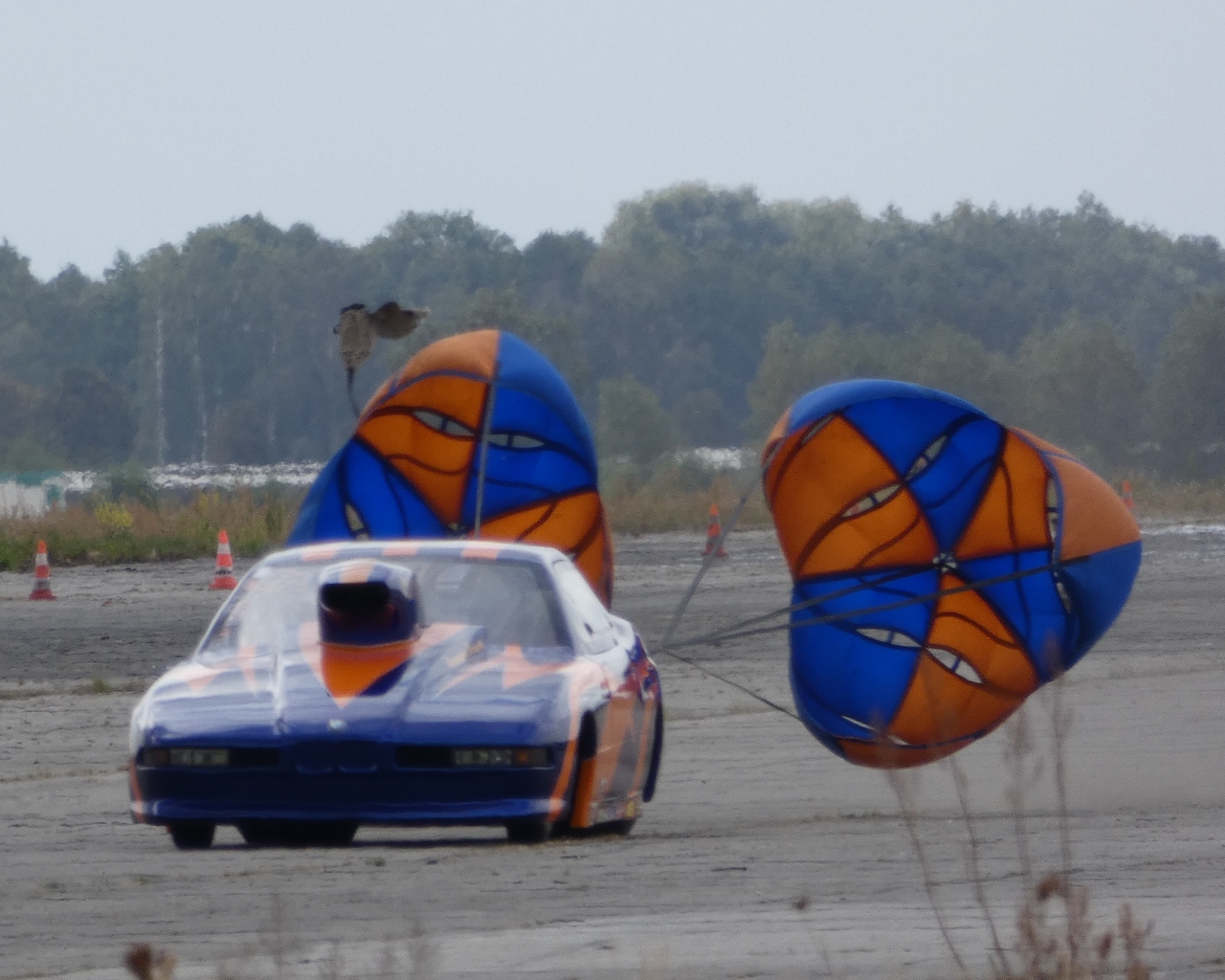 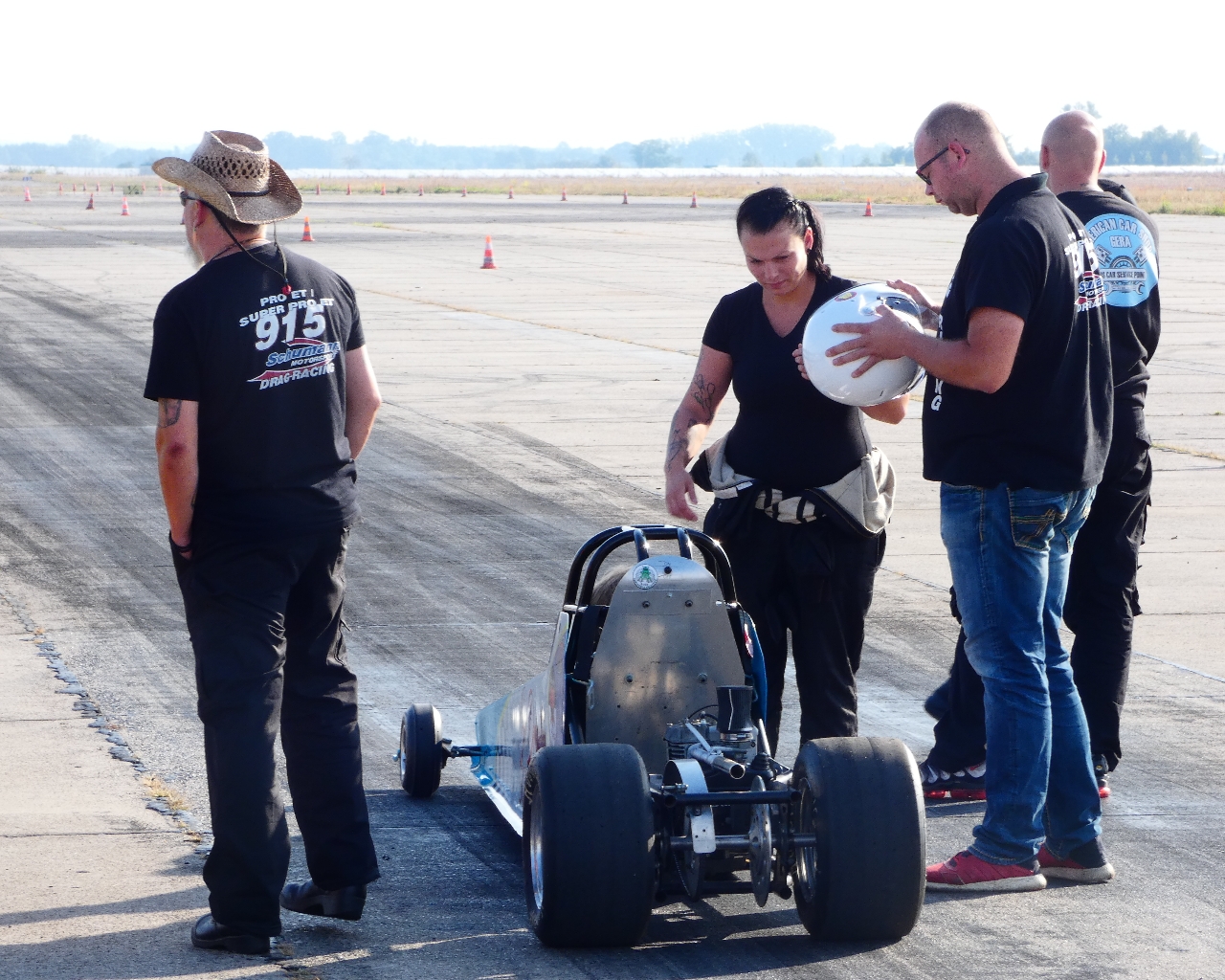 Also Michael Maderer with his Ostwind and the junior dragster were in Zerbst this weekend.

Saturday
After a short driver's meeting, the guys around the AMC Dessau started the qualifying runs  at 10:00. The first run was a kind of dice game for everyone, because nobody knew what the track is. For some very surprising how good the traction on this track is. After three rounds of qualifying, the weather god ended the day with a rainstorm in the afternoon. Thus, Til Schöninger finished first with 0.002 over index, Martin Weikum with 0.004 over index in second place, Janine Hagen with 0.025 over index in fifth place and Stefan Alberth with 2.861 over index in ninth place. Unfortunately, there were technical failures during the qualifying, Stefan's trans had to fight after the best time with tooth failure and the trip was unfortunately over here. For Uwe Kindich's racer, the clutch probably suffered a bit, but who knows Uwe, knows that these are only short challenges for him and the car was ready in the evening again Race Ready for the next day.

Sunday
On the flow chart in which a 16th field was driven, six pairs were found again. Til Schöninger with a By Run one lap further. Marcel Gouma has sent Bernd Schuemann, who is well known to me with his Mach1 from public race times, to the trailer. Bernd Rudolph had a, as it were By Run, as Elfriede, the Race Car is called so by the Schumännern, by Oliver Petzold, did not want to race in ProET and simply refused to serve. Thus, Bernd one more lap. Carlo Schonewille was also one lap further, as his opponent Stefan could not compete due to gearbox problems. Martin Weikum one lap further, as his opponent Axel Wichmann had gone under. Janine Hagen was able to prevail against Kevin Faßbender in this round, as he was a bit too fast at the christmas tree.

Quarterfinals
Til Schoeninger could with a reaction time of 0,002 (!) ... Not far to the RED! To prevail against Marcel Gouma although both have gone under. The duel between Carlo Schonewille and Bernd Rudolph was decided exclusively at the traffic lights, as Bernd drove the first red light with the slower car and Carlo also one red but he had the faster car and was thus further. Martin Weikum was able to prevail against Janine Hagen on the reaction time in this run.

Semifinal
Til Schöninger now had the next Dutchman at the traffic lights, Carlo Schonewille. Carlo had a tire problem during the race and had to lift the throttle. To avoid going to fast, Til had to lift the throttle also. Til could win the race.
Martin Weikum had an opponent that no one had ever seen, namely the Lord or Lady "By Run" and thus a round further.

The final pairing now Til Schöninger vs Martin Weikum.
Martin was able to prevail at the traffic light over the RT and won the Race Masters Anhalt Part 3 Zerbst ProET

Congratulation to the winner.

Finally, for TS Drag Racing and Schumann Motorsport Team, but I think for everyone else as well, I can say that we will definitely return to Zerbst because the track reminds us very much of Bechyne and we hold that we are both in the 60 ft time as well as at the ET bests are driven. I'm looking forward to more exciting races in the Wild East.

Martin Weikum was able to improve from the 9th place to the 5th place in the Challenge ranking by the victory at Zerbst and thus displace Lee Huxley from the cash prize placement. But Lee is already in Clastres next weekend and will do his best for a good finish. Til Schöninger reduced the gap to third place Janine Hagen to 45 points. ProET Challenge - Next Stop - Clastres As points are further collected. We are curious how it goes on.

Don´t forget to block the date of our Season End Party.
19th of Oktober, same procedure as every year, at Hillbilly´s Heaven in Bitz.

Have fun and luck
your
DRU Team